“My father and his brothers founded and built our company on the belief that their word was their bond. It prospers today because of our strong values and ethics. When we quote a job and promise a completion date, we mean what we say. We never forget that customer satisfaction has built our business.” —John E. Branham, P.E., CEO

Established in 1933, Branco Enterprises Inc., is a leading provider of General Contracting, Design Build and Construction Management services in the four state region. Originally named Branham Construction, Branco Enterprises, Inc. was incorporated in 1976 and is headquartered in Neosho, Missouri. As the company continued to grow, so did our portfolio. Our team has extensive experience in commercial, industrial, aquatic, educational, religious and civil projects.

To further our commitment to the area, we opened our second office in Springfield, Missouri in 2013. Over the years, we have developed strong relationships with architects, engineers and talented subcontractors in our region. These relationships have allowed us to help our clients in several ways and become a true building partner with them. Branco was founded on the belief that doing the right thing and building quality products is the only way to do business. We continue to thrive today because those same beliefs are still the backbone of our business.

When you face a building decision, you want assurance that your project is in the hands of experienced professionals who can complete your project on time and within your budget. Branco is that firm. 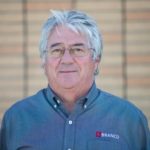 John graduated from the Missouri University of Science and Technology in 1970 and has been with Branco for 49 years. The company became incorporated as Branco Enterprises, Inc. in 1976, and Branham was named president. He became CEO in 2015. Under his leadership, Branco has grown into a leader in commercial, industrial, church, school, and civil construction in the Midwest. The corporation opened a Springfield office in 2013. John has served as the Chairman of the City of Neosho Building Code Board of Appeals and Board of Adjustments. He also served two terms on the Butler Manufacturing Co. Advisory Council. John received the Distinguished Service Award in 2019 from Crowder College. 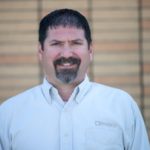 Justin brings a life-long passion for construction to the table and is a long-time resident of the four-state area. Justin attended Neosho High School in Neosho, MO, and obtained a degree in Engineering Management from the Missouri University of Science and Technology located in Rolla, MO. After graduating in 1998, Justin went to work for Hensel Phelps Construction Company where he worked on multiple projects up to $300 million dollars.

Justin came back to Branco in September 2005 in a Project Management role and was promoted to Executive Vice President in July 2011. He was named President in 2016. He has used his experience and extensive industry knowledge to help our clients achieve their building goals. Justin is a LEED Accredited Professional and has worked on several LEED projects, including the Shoal Creek Conservation Center, formally named Wildcat Glades Audubon Center, which was recognized by the U.S. Green Building Council as LEED Silver Certified. In addition to managing Branco’s Pre-Construction Services, Justin oversees the day-to-day operations of the organization and provides executive leadership for our project managers and Estimating Department. 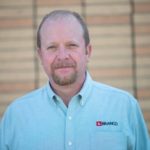 Sean started his career in 1989 and has extensive experience with multiple types of construction. He joined the Branco team in 1996 as a Project Manager and was promoted to Sr. Project Manager in 2004. In 2009 Sean was named Vice President and oversees all field operations and manages Branco’s Springfield operations. He develops great relationships with area architects, owners, and subcontractors. His vast field experience enables him to provide quick solutions to almost any problem that may arise. Sean is also on the Board of Directors for the AGC of Missouri and is involved with our Internship Program with Missouri State University in Springfield, MO. Sean is heavily involved in the Springfield Contractors Association, sitting on several committees, and is committed to workforce development. 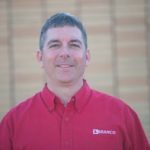 Patrick came to Branco in 1997 after graduating from Pittsburg State University with a Bachelor of Science degree in Construction Engineering Technology. Patrick was promoted to Estimating Manager in 2012 and is responsible for managing our Estimating Department. Patrick has extensive experience developing estimates for CM-R projects and has over 23 years of experience developing budget and milestone estimates for all project types. He works closely with the project manager to develop accurate bid packages and define the scope of work needed in a clear, detailed manner. He has developed relationships with local and regional subcontractors and suppliers over his 23-year career and understands both markets extremely well. He also utilizes his relationships and industry experience to develop subcontractor and supplier participation. He works closely with the subcontracting community to accurately price projects that will maximize our client’s budgets. 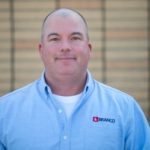 Jerel started at Branco in 1992 after graduating from Neosho High School and immediately entered our Carpentry Apprenticeship Program. After graduating from the program, Jerel managed small projects and held various positions in the company. Jerel was the Project Superintendent on several of our larger projects, including the construction of a new junior high for the Neosho School District. Jerel was promoted to the role of General Superintendent in October of 2020. He is responsible for all project superintendents and provides field support, assists with Quality Control checks on projects, schedule updates, accident and incident reports, timesheets, field issues or changes, and other site activities as needed. Jerel has experience in virtually all areas of construction, specifically educational projects within the last five years. He develops excellent relationships with owners, architects, and subcontractors. He will work closely with the Estimating Team during the Design Phase to evaluate the constructability of the design and assist with Value Engineering exercises. He brings valuable knowledge and experience to every job. 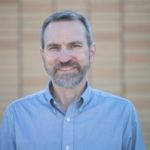 Brian graduated from Missouri Southern State University with a Bachelor of Science in Accounting and has been with Branco since 1997. Brian is a leader in IT and Cybersecurity who brings business knowledge and a cost-value perspective to technology solutions and security program investments. He has been instrumental in developing our security awareness program and works across all business departments to collaboratively establish effective security architecture. He also looks for new technologies and tools to help maximize our team’s efficiency and collaboration in the field. Brian has helped to create a work culture eager to share new ideas and actively participate in application suggestions to make their jobs easier. He builds strong relationships with business departments and strives to be a technology partner to understand better business process flows and identify opportunities for improvements. 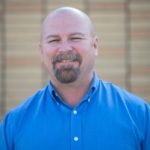 Bryce McDermott has 23 years of experience as the Controller and Chief Financial Officer for Branco Enterprises, Inc., a General Contractor located in Neosho, Missouri. He oversees all aspects of the accounting function of Branco. In addition, his duties at Branco include managing the employee benefits for Branco and working closely with advisors in the areas of plan design and compliance. Bryce also serves as the corporate liaison for insurance representatives and legal counsel in litigation and arbitration matters.

Bryce came to Branco after an 8-year career with BKD, LLP, in Joplin, Missouri. While at BKD, he had experience both as an auditor and a tax professional working with a wide array of clients, including construction and agriculture.

Bryce is a 1992 graduate of Missouri Southern State University in Joplin, Missouri, where he received a Bachelor of Science in Business Administration degree with an emphasis in accounting. He passed the CPA exam in 1993 and added the credential of CCIFP (Certified Construction Industry Financial Professional) in 2006.

Bryce is past President of the Ozarks Chapter of the CFMA (Construction Financial Managers Association) and was one of the charter members of the chapter. He continues to serve on the board of directors for the Ozarks Chapter and was recently named to the National Executive Committee for CFMA. Previously, he served as a 9-year member of the Board of Directors for the Tri-State Area Contractors Association. Bryce was the Board Treasurer for all 9 years that he was on the TSACA board. He also served for 4 years as a member of the School Board for the Diamond R-IV School District, the last three of which he served as Board President.