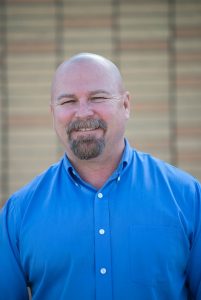 NEOSHO, Mo.—Branco Enterprises, Inc. Chief Financial Officer Bryce McDermott has been selected to serve on the National Executive Committee for the Construction Financial Management Association. CFMA is the only nonprofit organization dedicated to serving the educational needs of today’s construction financial professionals. It is the primary source of education and resources for construction financial excellence. McDermott joined Branco in 1999, taking the position of Controller. He was promoted to CFO in 2017.

“Bryce is a wonderful example of servant leadership. His experience and knowledge have been instrumental in the growth of our organization,” said Justin Branham, LEED A.P., President. “Bryce is committed to the success of not just Branco but everyone around him. We are very proud of him for this well-deserved recognition” McDermott was the only individual selected from Missouri to serve on the National Executive Committee. He first became involved with CMFA in 1999. In 2012, he began exploring forming a local chapter and started working with colleagues in the Neosho area to make it happen.

“That initiative gained traction late in 2014 when Matt Cash with BKD supported the idea, “McDermott said. “We were able to assemble a team of general and associate professionals. Ultimately our chapter was officially approved at the 2016 National CMFA Conference.” Along with being the founding member of the Ozarks Chapter for CMFA, McDermott has also served as the Chairman of the Chapter Resources Committee.

About Branco Enterprises
Established in 1933 and headquartered in Neosho, Missouri, Branco Enterprises, Inc. is a leading provider of General Contracting, Design-Build, and Construction Management services in the four-state region. Originally named Branham Construction, Branco Enterprises was incorporated in 1976 and added a Springfield, Missouri, office in 2019. The company has extensive experience in commercial, industrial, aquatic, education, religious and civil projects. Branco was built on the belief that doing the right thing and building quality products is the only way to do business—a principle that continues to guide the company. Visit www.branco.com for more information.

About CFMA
The Construction Financial Management Association (CFMA) is the source for construction financial excellence and the only nonprofit organization dedicated to serving the educational needs of today’s construction financial professionals. Established in 1981, CFMA’s General Members include general contractors, specialty trades, developers, construction managers, architects, engineers, principals, and material and equipment suppliers. Associate Members include professionals in the accounting, insurance, surety, technology, legal, banking industries, or any other specialty in the construction industry. CFMA currently has more than 8,600 members in 99 chapters throughout the U.S. and Canada, offering education and networking opportunities.